A young man attempted to berate my
fight for
my rights by referencing the dates as if
violations of my civil rights expires or
that it
does not matter.
Chains –
Invisible or Visible
are still…Chains!
There are no Statutes of
Limitations
on Violations of Civil Rights, Threats
and
Intimidation Tactics, Obstruction of
Justice,
mail tampering, deliberate abuse, etc..!
Just because I am Black does not negate
my rights to justice!
Just because I am a Woman –
this does not invalidate
my copyrights!
Just because I am not a man
does not make it
okay to use their positions
and power to
manipulate or orchestrate events
to circumvent justice!

THIS IS UNACCEPTABLE!
Everyday and in Every way,
I will fight for my rights to justice.
I could accept it if I had
set out to do harm or if
I had not protected myself with
copyrights and
if I did not maintain thorough
documentation
but for them to just gang up,
line up to take my
materials and then attempt to
cause duress and
influence suicide…

I AM NOT THE ONE!

They sought me out with hate
in their heart! 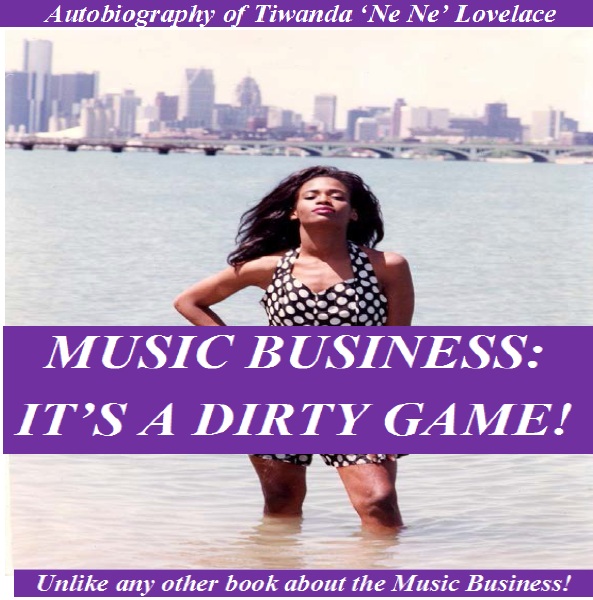 Like Loading...
This was no coincidence.
I worked for Capital One after they
purchased H.S.B.C.,
using H.S.B.C. management and staff –
I was harassed daily!
THEIR employee told me
‘why don’t you just die.’
THEY brought up the past and
THEY referenced that music mess.
From previously being subjected to
these hostile environments,
I was able to counter their
attempts with the same techniques
that have been used
on me for decades.
When their efforts were ineffective
and only led to their
frustration and anger, I was let go
without good cause.
I found out later about their affiliation
with the music business.
_____________________________________
On September 18, 2013, I attempted to
check out Canada by booking a six night
vacation to familiarize myself with their
rules on providing my publishing
services in Canada. While waiting for my
connecting flight, I met a few people who
were decent but I was still subjected to
comments and minor chatting that
was in relation to prison or locking
someone up.
As soon as I arrived in Canada, as I
exited the gate all I could see was HSBC
everywhere.
As I went through security; I had this tall
manly looking woman security with
the name tag – Wakowski who
was anxiously walking towards me as if
she had been waiting for me,needless to
say that I was questioned,  then I was
detained and denied entry into Canada. I
was paraded in front of other officers and
one had the nerve to wink at me.
One of the other officers, told me that he
had connects in the United States. I was
detained/arrested and placed in
a cell overnight; when I was awakened I
had Officer Bathan place me in
handcuffs that were so tight that
they left a mark.
It was clear that the U.S. FBI doesn’t
want me going too far because that
supposedly dismissed warrant/record
has not been dismissed from their
system.
This was no coincidence.
Please share this blog!
Recent H.S.B.C. music business connections

It is not okay for people to exact revenge
on one person
under the guise of a game.
You know when someone is trying to
‘knock you off’ – secretly,
pressuring you and alienating
you; while hurting others so
that they will hate you…
this is not a game!
I have not killed anyone,
I have done nothing different
than any other human being facing this
ridiculousness.
YES, I AM ANGRY, rightfully so!
you would be too!
I am not allowed to work; therefore,
I can’t maintain a residence,
I am not allowed to conduct business
so I can’t eat,
I am not allowed to have rights
as a U.S. citizen,
I am not allowed to leave the country,
I have to fight everyone in any
position to block anything,
trapped…
Sounds like murder to me!
Please share this blog!
BELOW: Inserts and Passages from
MUSIC BUSINESS: IT’S A DIRTY GAME!
…I was harassed from all angles, every job taken from me by using different tactics, and taking away my livelihood (I was even refused public assistance and housing).
I am certain that the people that are at my job were trying to harass me for the sole purpose of benefiting someone else; as if we were in competition. I assure you that I will not hurt myself so others can profit for destroying me. What kind of man would ‘sick’ all these people on me for financial gain or even to hide their dirt?
I am certain that someone already or is trying to profit and I am so pissed. Public got me meaner than two snakes tied together – mean enough to write a tell all. They think I care after twenty plus, plus.
December 23, 2012 Journal entry:
‘I can’t go to the grocery store, a restaurant or work without hearing people breaking their necks to point and laugh at me. If I cared about what they thought I would have broken down over twenty years ago.’
‘They mock and say that I wanted to take short cuts, pay my dues, it’s her fault for what happened, she’s crazy because they are going to lock her up, and just simply hate.’
‘I said that I would try to make a life for myself and I tried to work to achieve something but at each turn, there the people were to block, hinder, attack and keep throwing the past in my face. The people want the past then I will give it to them. I will not spend another day without pursuing justice in every form.’